Drought. That's all we hear about these hot summer days. The local news delights in showing us parched reservoir and empty stream beds. Another favored news site is either Lake Oroville or Lake Shasta. Each week there are videos of the latest man made object to appear as the waters recede. Bridges, old railroad tunnels, the bases for transmission  line towers, the footings for old houses, churches and markets. They are all surrounded by the cracked mud of the former lake bed.

Still, despite all the evidence, there is no overall plan for the state to use if and when the next dry year appears. This state doesn't even have an accounting of how much groundwater is available. If next year is going to be dry, we are really in trouble. The promised 'El Nino' event is slowly becoming undone and that usually means little or no change in the drought for next summer. Woe is us!

I'm just back from a mini-vacation. We went to Twin Lakes, in the Eastern Sierra's, above the town of Bridgeport. The plan for our short vacation was to spend some time with my sister and my brother in law. We had a cabin and it had a kitchen plus 2 bedrooms and 2 baths. Nothing else. When we went down the lake, Lower Twin, we found the lake level was down by about 3 feet. That meant that we had to traverse an area of rocks and steep bank to get close to the water. We tried a place that looked halfway accessible but found it too dangerous. I'm simply not able to do the things I once did at this same lake when I was 10, 20, 30 or 40. Plus, I was hampered by my COPD. We were at 7,100 feet and my blood/oxygen percentage was down to 88%. I was muddle headed and unsteady. An accident waiting to happen. So we rented a fishing boat, an 18 foot pontoon boat with a sunshade. Now we had a steady platform from which to fish. And the second day gave me a boost as my body recovered somewhat and I had a blood/oxygen level of 92%; much better!

I love the Eastern Sierra Nevada mountains. They are still pretty much undiscovered. The landscape is rugged and not serene. Trees are scarce.Granite boulders are common. To the east, the desert shimmers in the heat waves. We used to camp in these mountains and I would hike to distant streams and catch native brook trout, releasing them after a good fight. There are hidden hot springs and great stands of quaking Aspen. The towns are all small with few services. For instance, we wanted to buy some Squaw bread in  Bridgeport but the bakery had closed after Labor Day and wouldn't reopen till the spring. The winters here are brutal as the valley itself is at 6,000 feet and snow tends to drift as the winds are unchecked across the valley. Yes, it's my kind of place! 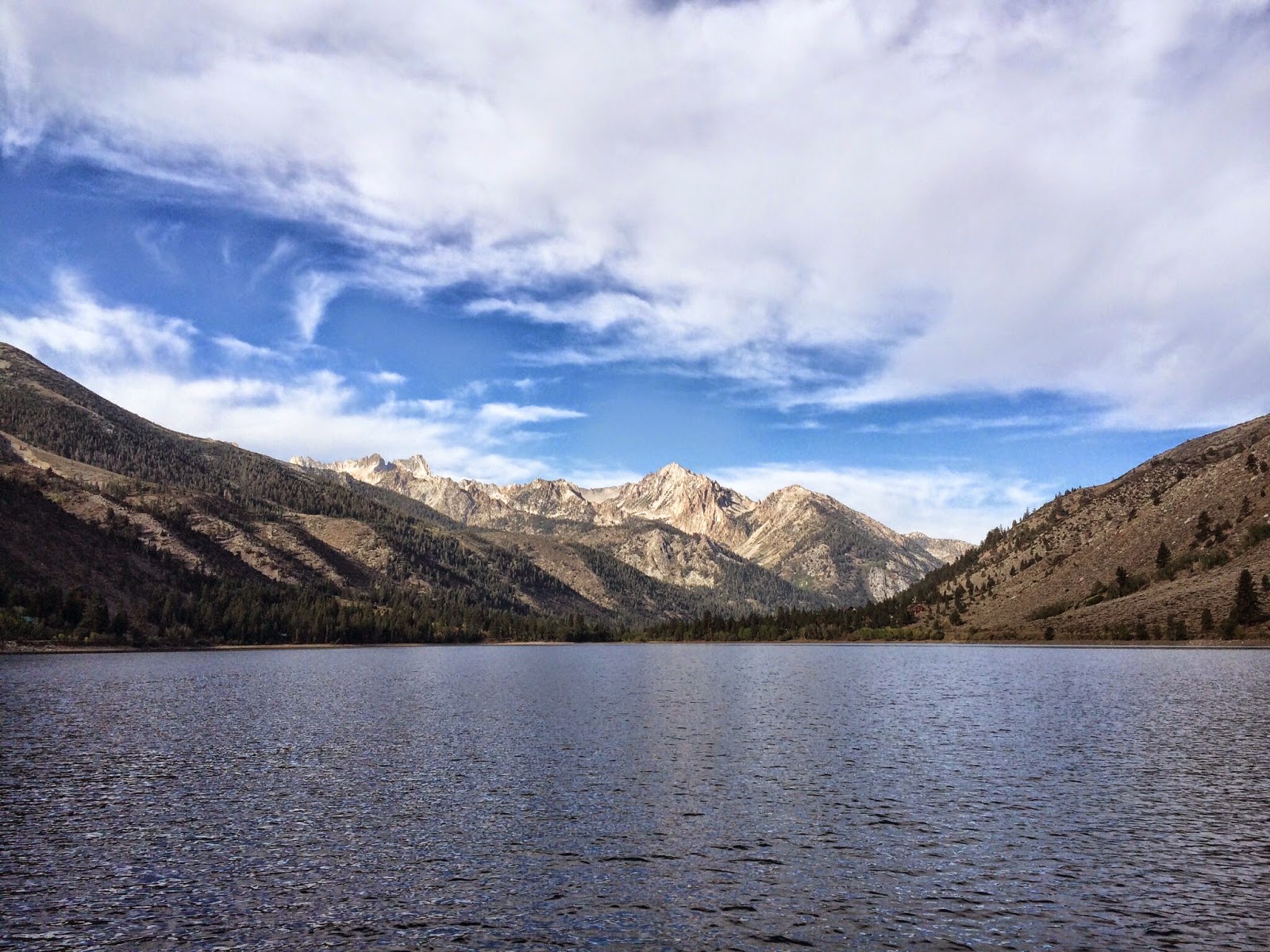