A quiet day here. I went to the gym and did most of the usual exercises. But while I was there I asked the sports physiologist there with the Senior Wellness program, if there were any good exercises that would help me with my recent? problem with a loss of balance now and then. I always recover quickly and have never fallen but it was worrying me. The day before, I had gone to our doc for a 6 month visit and I mentioned this problem to him. He told me it was probably due to the neuropathy I was enjoying in my right foot. Neuropathy caused by my back surgeries. He thought I should visit the local hospital for their outpatient service dealing in just this problem. (This story is getting convoluted but that is how my mind works these days.) Anyway, I thought I would try the gym first and maybe get lucky with just the right exercise. No such luck, but the swim exercise coach gave me some exercises to do in the pool. Oh man! I tried walking heel to toe as she instructed and I was lucky that I had the floats in each hand to keep me from falling over in the water. Apparently, I have very poor balance in a situation like that. I practiced for half an hour and she said she would have more exercises for me on Monday. Oh boy! I can hardly wait...not.

Another new thing in my life is a very red car. I bought a Scion Xb; a box on wheels. A lot of research went into that purchase as I had to be able to get into the car without hitting my head and without descending into the depths of the seat. Also, no climbing up into the vehicle; I had to be able to open the door and sit. Almost all car failed my tests. The Scion and the Cube were the only two choices I had and the Cube of 2014 is the last model year to be sold in the US of A. So, it was the Scion, And I like it. It's quick and it's maneuverable; getting into a tight parking spot is very easy. Best of all is the fact that it's red. Fire engine red.

We just finished voting today and our ballots will go out in the mail tomorrow. It's a tough year for the progressive voter in this county. The Democratic candidate for Congress is being ignored by the California Democratic Committee as she dares to be a candidate in a very Red part of the state. No support at all. That's another reason why I left the Democratic Party 10 years ago. That and the fact that they embarrass Progressives with their near Republican attitude.

There are 2 candidates for our city council that are Tea Party candidates and I'm afraid one will win. She's running with public safety as the main thrust of her campaign. She will try her best to give the police even more in the upcoming contract negotiations. We can't afford the police we have now. Our retired police chief gets $200,000 a year for retirement. Which is what he made before retiring. Their pay and benefits rank in the top 25 cities in the state and we're only a town with a population just under 100,000. Dozens of much larger cities rank below us. It's a crime!

Of course all the Tea Party types carry on about how dangerous  it is to be a policeman and they deserve more money because they put their lives on the line. Baloney. The police unions have the best pr in the nation. A carpenter, working in commercial construction has a better chance of not coming home at night. There are dozens of other occupations that are more dangerous than the policeman's. But who cares if a carpenter dies? No headlines there. I get a little worked up about this issue as I was a carpenter/lather and I saw two killed on the job and many injured. Hanging over the side of a high rise and guiding a crane as it drops a panel into a place next to you and where you will weld the connections; that's dangerous.

I never should have written anything about the election. I vote but it is so depressing and so is writing about it.
Posted by Steven at 10/24/2014 05:14:00 PM No comments:

I thought I would post some photos here, odds and ends I've collected since we bought the iPhones. 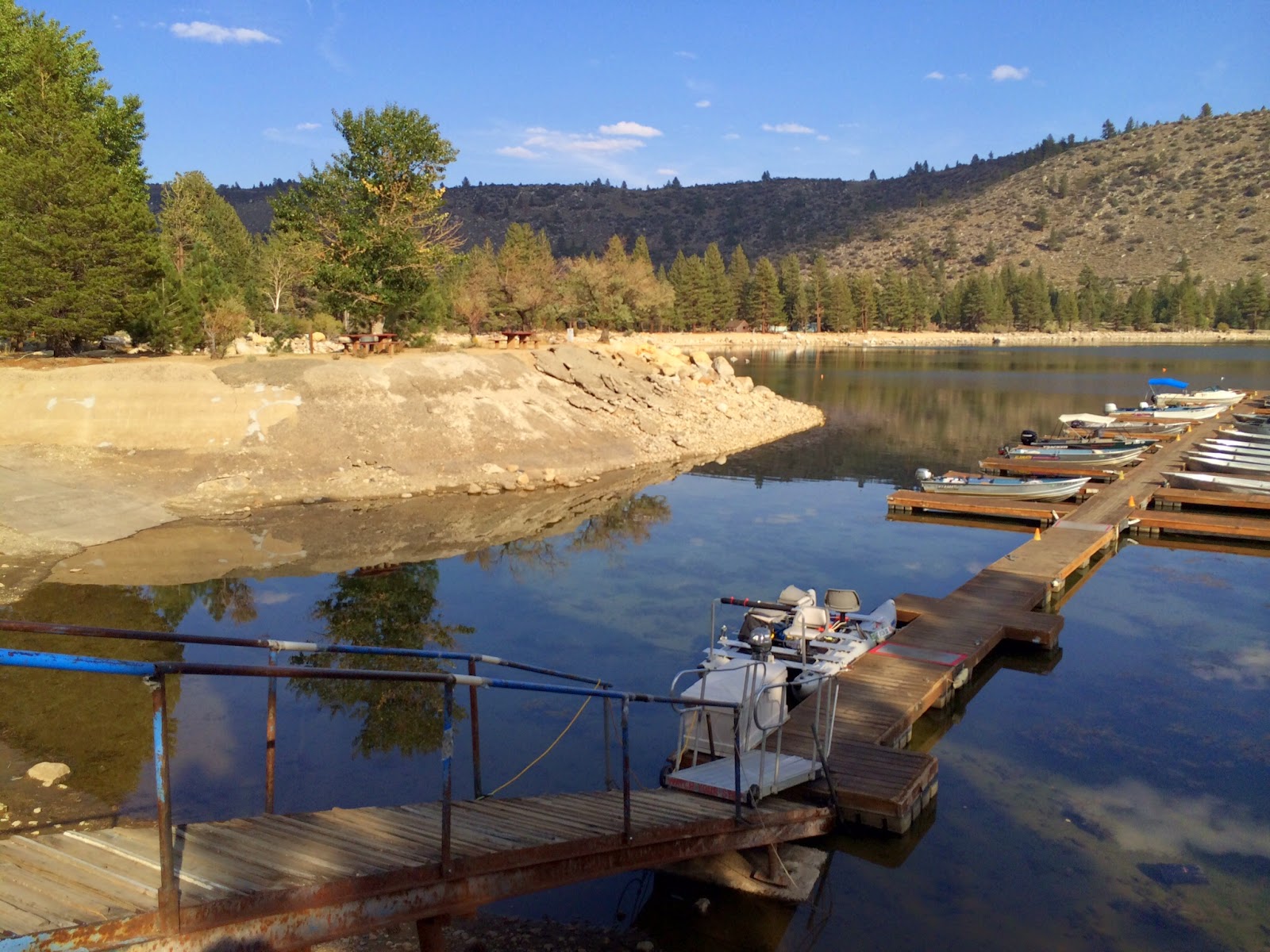 Twin Lakes in a very dry state...probably 6' down 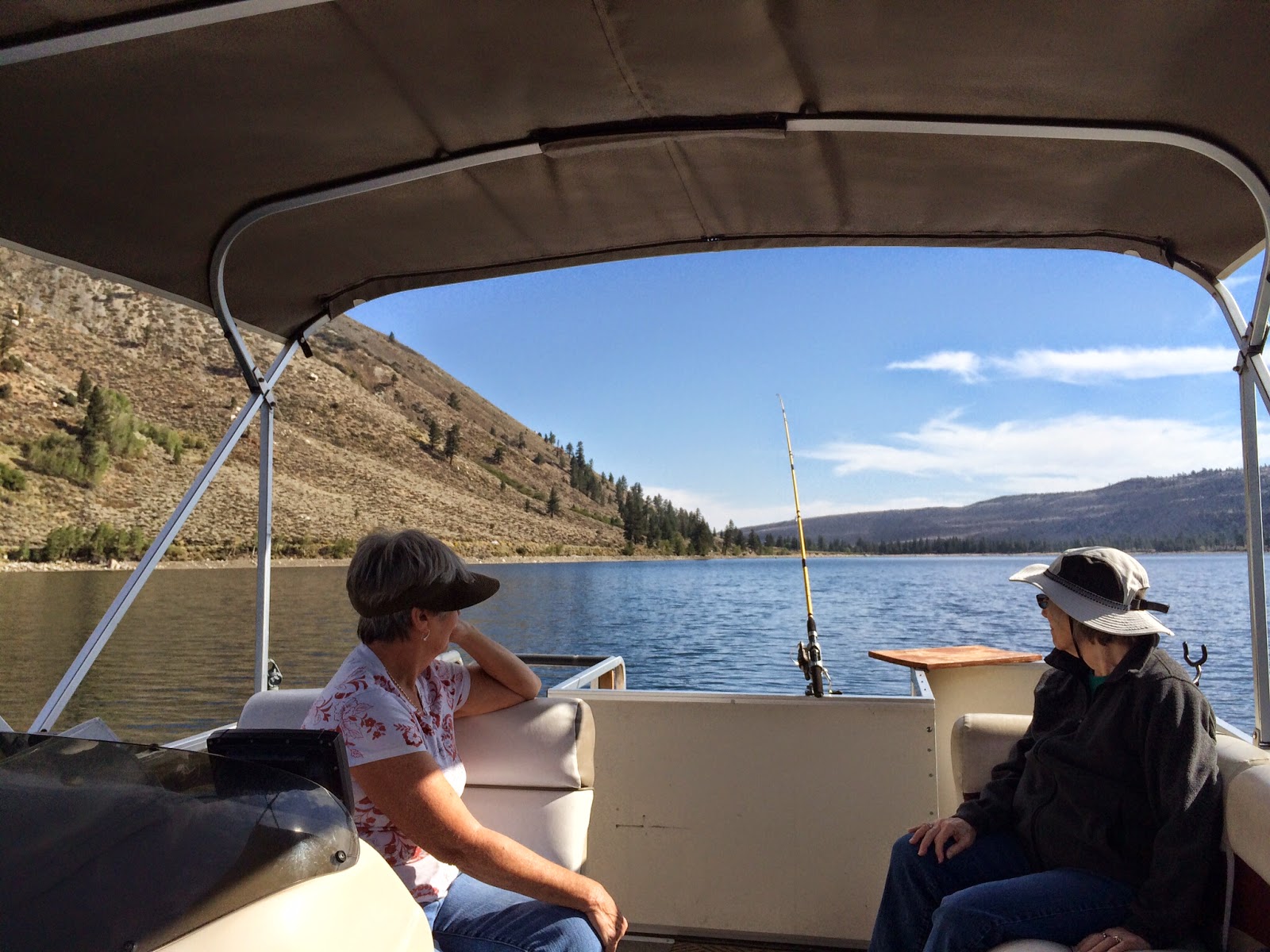 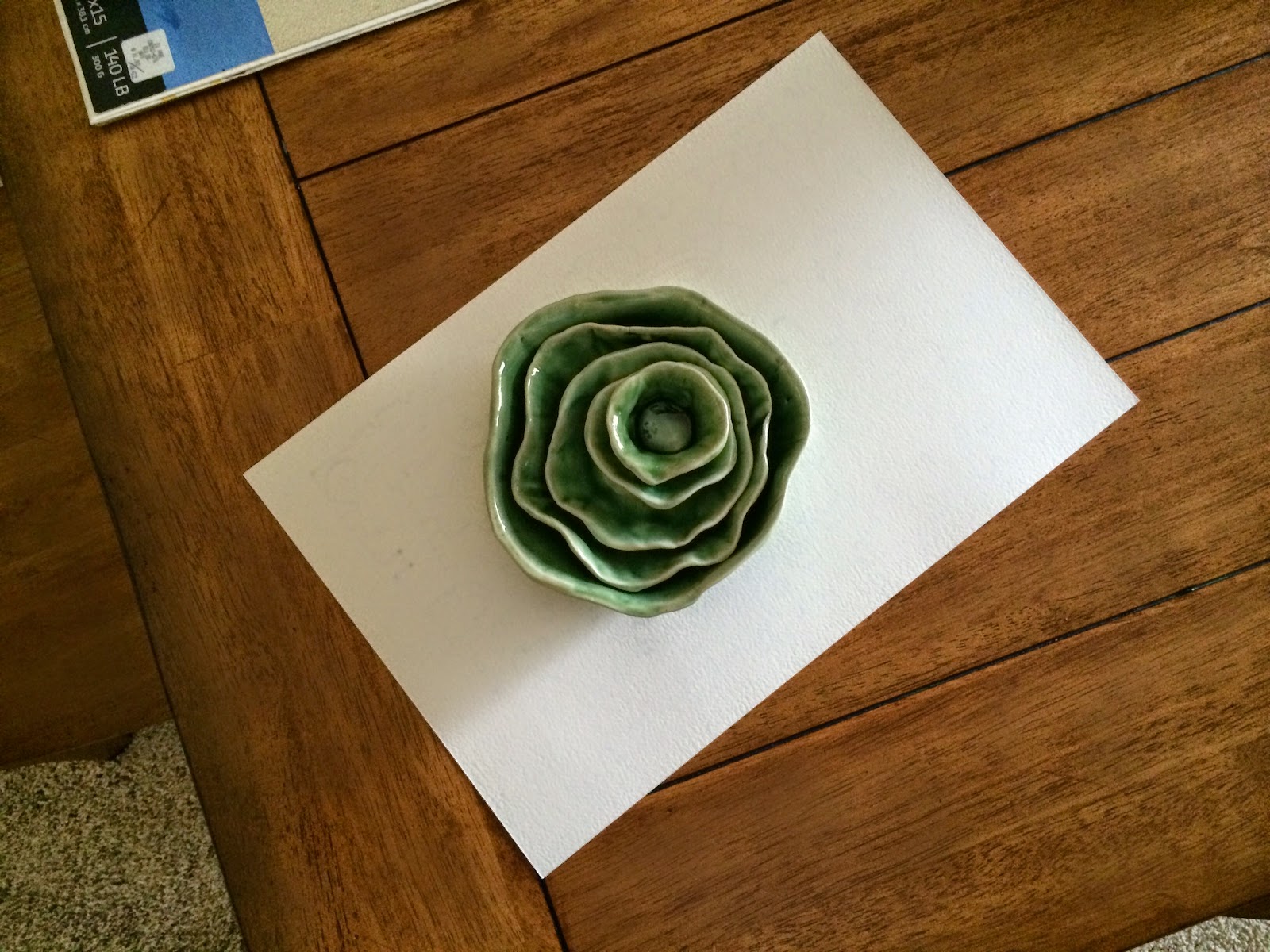 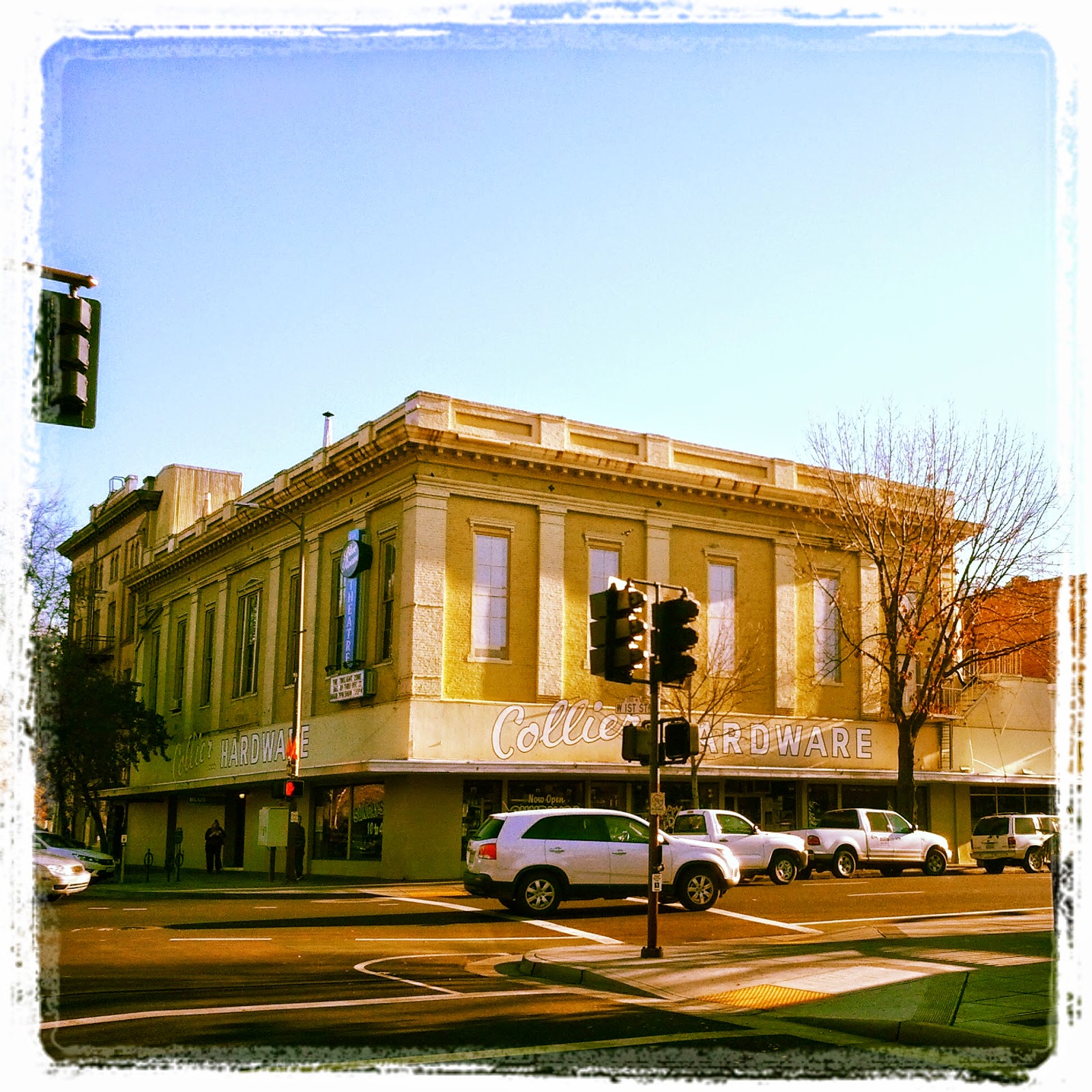 Collier's Hardware store in downtown Chico...wooden floors and a bit of everything 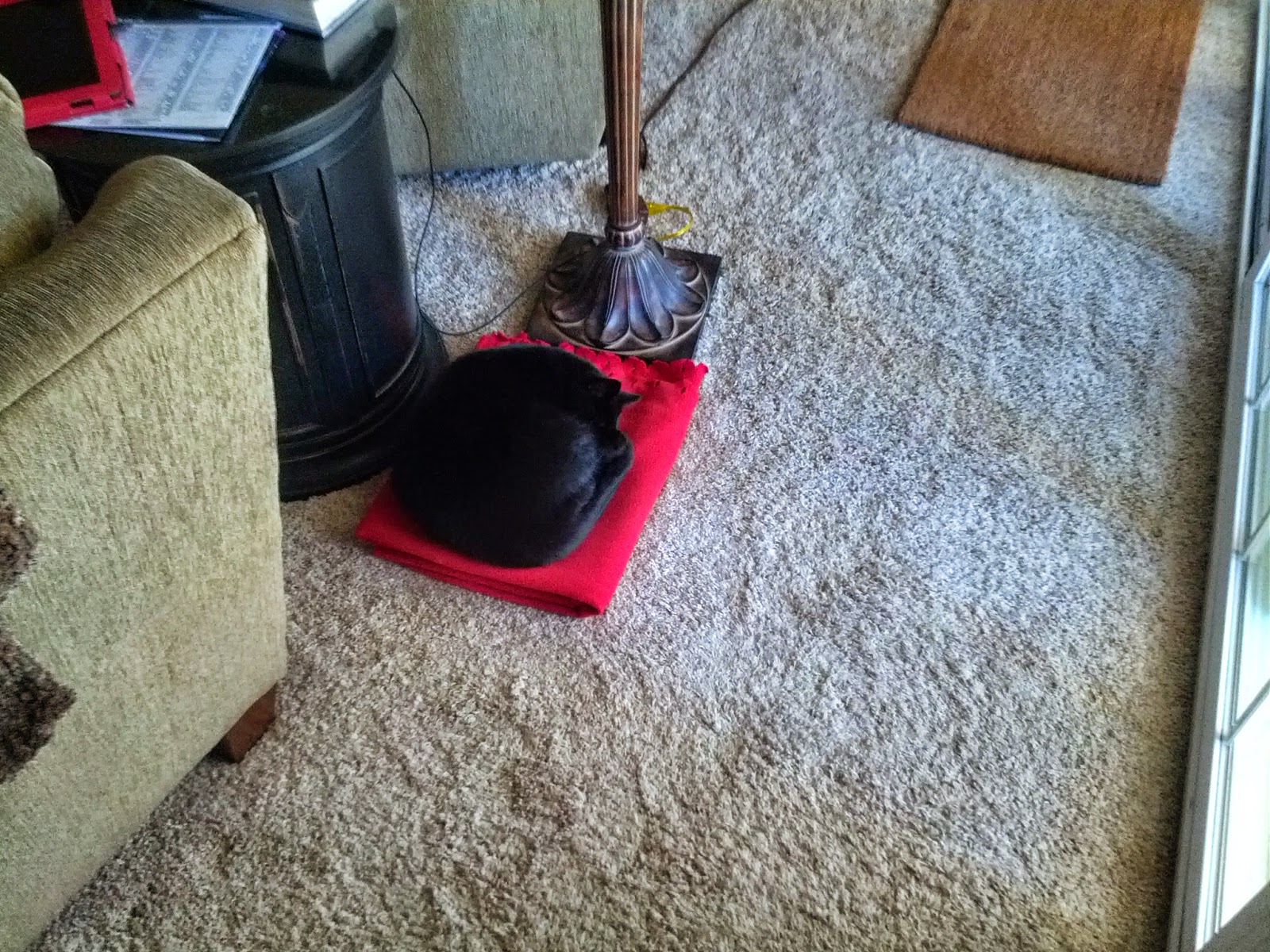 My cat, Boo the Magical Cat. In her favorite pose

A crane at work on a new building at Cal State University, Chico. I could sit and watch this work for hours...even days. My memories are so vivid! I can see myself with my steel lunch box and a Stanley thermos. I have my hard hat on as well as safety boots. I will soon be putting a welding hood on as well as welding 'leathers' to keep from being burned by the hot sparks. I'm weighted down by the tools I will need. The crane swings a panels up and over to us. We catch the tag line and pull the panel in close to the building.We use clamps to secure it in place until we are ready to weld it. Using hammers and levers, we move the panel inch by inch  till it's at the correct height and it's plumb and level. Now we weld it into place, an integral part of the building. Darn it! I have to wake up and move on...
Posted by Steven at 10/11/2014 12:57:00 PM No comments:

Fall is here. Not that you would really notice it. Few leaves have left their homes upon the branches. The weather is hot to moderate and no rain in sight. Okay, a chance of rain next week. But I know how these 'chances' evaporate the closer we come to the appointed date.

Our trip to Twin Lakes is a memory now. A good one despite the poor accommodations. We all had fun and made jokes about the service or lack of it. After we came home I put up a review of Twin Lakes resort on Yelp; it was critical but fair. A few days ago I received a message from the NEW owners of the resort, apologizing for the poor experience. The new owners had taken over about 3 weeks after we had left. It was now obvious that the previous owners really didn't care about service; they were soon to be gone.

I'm still going to the gym 3 times a week for the Senior Wellness program. 30 minutes of resistance training and 1 mile on the treadmill. Then it's into the pool for 30 minutes of what I call vertical swimming. I have a flotation belt on and I wear swim gloves; with this setup I pedal and stroke back and forth the length of the pool. Water jogging.

I've lost about 22 pounds in the past 3 months and that's a good thing. My pot belly has just about disappeared. Luckily for me, the stomach muscles that I had developed over 50+ years in the construction trades had never deserted me. The fat had just accumulated on top.I still have 25 pounds to go if I want to return to my former training weight of 195...and I do. And since I can't run or walk very fast or far anymore, I must lose this weight by dieting. I would much rather run, swim or walk than give up my cookies. But I must; sob!

I'm still painting. I've entered some shows and put my name out there in the artistic community. I'm in the middle of an artistic funk right now; unable to complete anything. I must have a dozen unfinished paintings in my studio. One has wet paint on it which proves that I haven't given up yet.

This morning started off with a trip to Trader Joe's for milk and some low calorie cookies. But, seeing that it was Trader Joe's, I ended up with a few more items. Trivia fact; Trader Joe's is a German grocery chain. They operate under a different name in the EU. And they are very successful, worrying the likes of Walmart and Target.

In the past I may have (or not) talked about the fact that we are now iPhone owners and our land line is gone. In general, it has been a good move. Our phones rarely ring for political ads. Or any other ads. The perpetual commercial calls were the reason for the move to Apple; the FCC Do Not Call list is a joke. It never slowed down the calls and we registered our number at least 3 different times.

But, the move to Apple was not without its problems. I was a devoted Google fan and I had vowed to never own an Apple device. I relented only because Steve Jobs is no longer on the planet And it was time for me to see what new things Apple has to offer...you see, my first computer experience was on an Apple 2E and I liked it. But Apple changed and Jobs' position on open platform drove me to pc's very soon after. In fact it was the snooty attitude of an Apple salesman, back in 1993 that made me exit the store and go directly to an Epson dealer the very same day. (Epson made computers for awhile in the 90's. Today, I have an Epson printer on my desk.)

Back to iPhone problems; we installed the dreaded iOS 8 and then the problems grew. When one of us received a call, both of our phones would ring. We assumed that would be an easy fix; it was not. We were on the phone with Apple service for 3 days, hours at a time. I won't bore you with the details. Finally, a supervisor took over and fixed the problem in 10 minutes! Which makes you wonder why they ever hired the 4 or more techs that had 'handled' our problem up to that time.