What a terrible day. Trump/Hannity have gone too far. Once again... when will Congress remind him that he is but 1/3 of the power in our government. Will the people have to remind him? After all, the people are the ultimate power in this country.
Posted by Steven at 2/15/2019 09:36:00 AM No comments:

And another month is well upon us

Another month and new beginnings for me. I finished my 8 weeks of Pulmonary Rehabilitation and I know how to breathe now; it's in through your nose and out through your mouth with your lips pursed. That's hard to turn that into an unconscious habit. But, I'm trying.

I also began driving once more. My pain hasn't left me but I am well aware of any deficiencies I might have after taking pain meds and I'm comfortable with that. Being able to drive again gives me an incredible feeling of freedom. I don't go very far, just to the gym and back  3 times a week. And I go to the Art Center once a week. A distance of 4.5 miles. The gym has made me stronger but I have a long way to go if I want to make it back to my prior life. I started Rehab by walking at 1.2 mph on the treadmill. In 8 weeks I was able to double that and that - 2.4 mph - is where I am. I use a pulse oximeter every few minutes while exercising and it's my blood oxygen levels that I watch. When they get down to 91, I slow down a notch until I have it back into the range of 93 - 95. Because of my prior marathon training, my pulse rarely goes over 85. The last time I was in the gym, before I ended up in the hospital a few times, I was doing 4 mph and going up a 3 % grade with no problem.

The valley is free of smoke these days and there is talk of rebuilding Paradise after the Camp Fire. I would be surprised if that idea had more than a few followers. The fire exposed a lot of sins in its path. No sewers is a big one. There is the rebuilding of there water service. And there were numerous illegal dwellings as well as roads to serve those houses. Building codes weren't always enforced. I am reminded of the fire every morning when I open the door to let the cat out; the early morning air smells like a fire that has been extinguished with water.

I was using my nebulizer a little while ago, something I do 3 times a day using Albuterol to expand the airways of my lungs. As I was using it I was reminded of my mother having one for me when I was quite young and had asthma. The nebulizer was made of glass. The one I use today is made from some type of medical grade plastic. I was struck by the fact that we didn't have plastic in the early 40's. I'm sure there was some kind of plastic around then but it wasn't an ordinary consumer item. Bakelite was a type of plastic material and one of its uses was making jewelry, such as bracelets. I 1940 Ford had no plastic except for the Bakelite used for the distributor, coil and other parts that were in close contact with electricity. I am sure I have forgotten some other uses but I do know that plastics were not commonplace and glass was. Every once in awhile I will see some current use object and then find out that it has been around for longer than I have. I am always surprised...
Posted by Steven at 2/10/2019 02:19:00 PM No comments:

A few good things to report; I have been going to Pulmonary Rehab and I have just one week left. I am stronger and I have lost about 6 pounds. I have also started going back to the gym on the days when I am not going to Rehab. All good. Some negatives; it's very difficult to finish the tax preparations as we are missing some vital statements. They will show up eventually and the reason they are late mailing them is the complex Tax bill that benefitted only a few. No Congressman looked at this bill, investigated it to see what was in it. They were all Republican loyalists, representing only themselves. This will go on for years unless we can elect Representatives & Senators with ethics.

I was looking through Flickr this morning; looking for photos of the local area. I found a local professional photographers (Anthony Dunn) Flickr page and saw some great photos that I can use. It wasn't until I was near the end, that I saw a photo of his address. It was in Paradise. He had photos of his house and it was located deep in the forest. He had a lot of equipment, including a drone for his aerial shots. There were no current photos, so I don't know if he and his house survived. I will post some of the photos here. 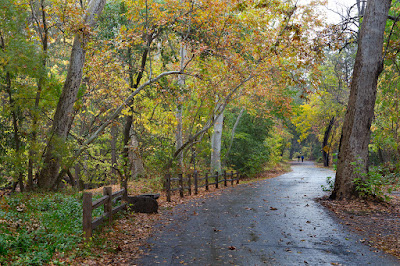 This is Bidwell Park in the Fall. I used to train in the park back in those days when I did marathons for a hobby. It's a huge park and it would take me an hour or more to go around the park at a 13 minute mile pace. And that was just Lower Park. Upper Park is much larger. 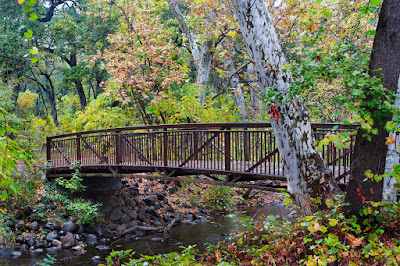 This is a bridge over Big Chico Creek in Bidwell Park. The bridge is made with Cor-Ten steel and is naturally a rust brown color. It won't rust and will remain this color without the need for paint. There are 3 of these bridges in the park that I know of.

This is a great shot of the Big Chico Creek in the Fall. All of these photos were taken and posted on Flickr by Anthony Dunn. I can only hope that he he survived; as well as his house and property.