Our local paper had a political cartoon this morning that got me thinking. The cartoon showed a figure labeled US Taxpayer, putting taxes into a postal box and the money flowing out of the box and into another, labeled General Services Administration Party Fund. Funny? Not really, because the flap over at GSA is just another symptom of our political malaise. Why do employees behave badly? Because their boss's do! Think about it; during the past twelve years we have watched our Congress and Senate do very little for their money. Not that they haven't enjoyed themselves as well...they have! And the past four years have been the worst. The lawmakers have abandoned their jobs and have engaged in a spitting contest that seems to have no end in sight. But they get paid regularly and quite well. And it is their job to be the 'Boss' for hundreds of agencies. They have failed and I can hardly blame the employees at GSA for what happened...they certainly had poor role models.
Posted by Steven at 4/17/2012 04:39:00 PM No comments:

I'm slightly addicted to Pinterest, the on-line app that let's you post pictures and recipes and just about anything else on the web via your own Pinterest page. Doing this is called 'pinning' and if you see something you like you can 'like' it and/or 're-pin' it to your own page. During the past month or so, I have 'liked' about a dozen photos and those were the ones that were posted by distant family members. I 'repinned' no more than four pictures that I liked. Then, one morning, I 'pinned' the picture you see here. At last count I had 375 'likes'. and numerous 'repins'. I'm baffled... true, it is something I do (kick the ice cube) but I had no idea that there were so many of us!
Posted by Steven at 4/17/2012 03:01:00 PM 2 comments:

As I age, I try not to spend a lot of time in the past but there are times when it's unavoidable. Such as right now. I was born in 1940 and grew up in the boom times of the 50's. California had a memorable Governor then in Earl Warren followed by Pat Brown. We had a world class educational system that was envied by many. In the 60's, after coming home from a stint in the Navy, I became a Union Carpenter and work was so plentiful that I had only one week long vacation in  the 13 years that I stayed in Southern California. Life was good! We bought a house and then disaster struck; Ronald Reagan became Governor. We simply thought him a fool and didn't realize how evil he really was until it was too late. The State began to slide downhill. And slide. And slide. Now here we are in the 21st century and the state is close to bankruptcy. Our educational system is in tatters.
Why did I start this rant? Because I just read that our state court system has given up on trying to digitize their records so that paperwork can be exchanged between courts and prosecutors statewide in a computer system.  I can't even begin to name all the corporations, states and nations that have done this and yet we have failed. In the state that is (was) synonymous with computers and innovation. How sad. And that's why I don't like to dwell in the past.
Posted by Steven at 4/05/2012 07:24:00 AM No comments:

Maureen Dowd says it all this morning in the NYT.

Noted in the comments section of that column was this...

"We can have democracy in this country, or we can have great wealth concentrated in the hands of a few, but we can't have both.” Louis D. Brandeis, 1941.

I hate, absolutely hate, the anti-spam device that Blogger offers for the comment sections. It takes an average of 5 tries before I get one I can see and understand. I'll tell you what it does...if I see that the two words are unintelligible, I stop right there and will not leave a comment. I suppose that's a good thing; sometimes.
Posted by Steven at 4/03/2012 07:47:00 AM 5 comments: 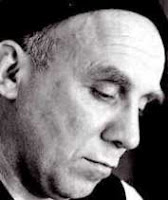 the Negro: this is not just a matter of rationalizing and verbalizing. It has become a strong emotional need of the white man. Blaming the Negro...gives the white a stronger sense of identity, or rather it protects an identity which is seriously threatened with pathological dissolution. It is by blaming the Negro that the white man tries to hold himself together...The Negro could really wreak havoc in white society by psychological warfare if he knew how to use it. Already the psychological weapon of nonviolence has proved effective as an attack on the white man's trumped-up image of himself as a righteous and Christian being."
- Thomas Merton, 1948